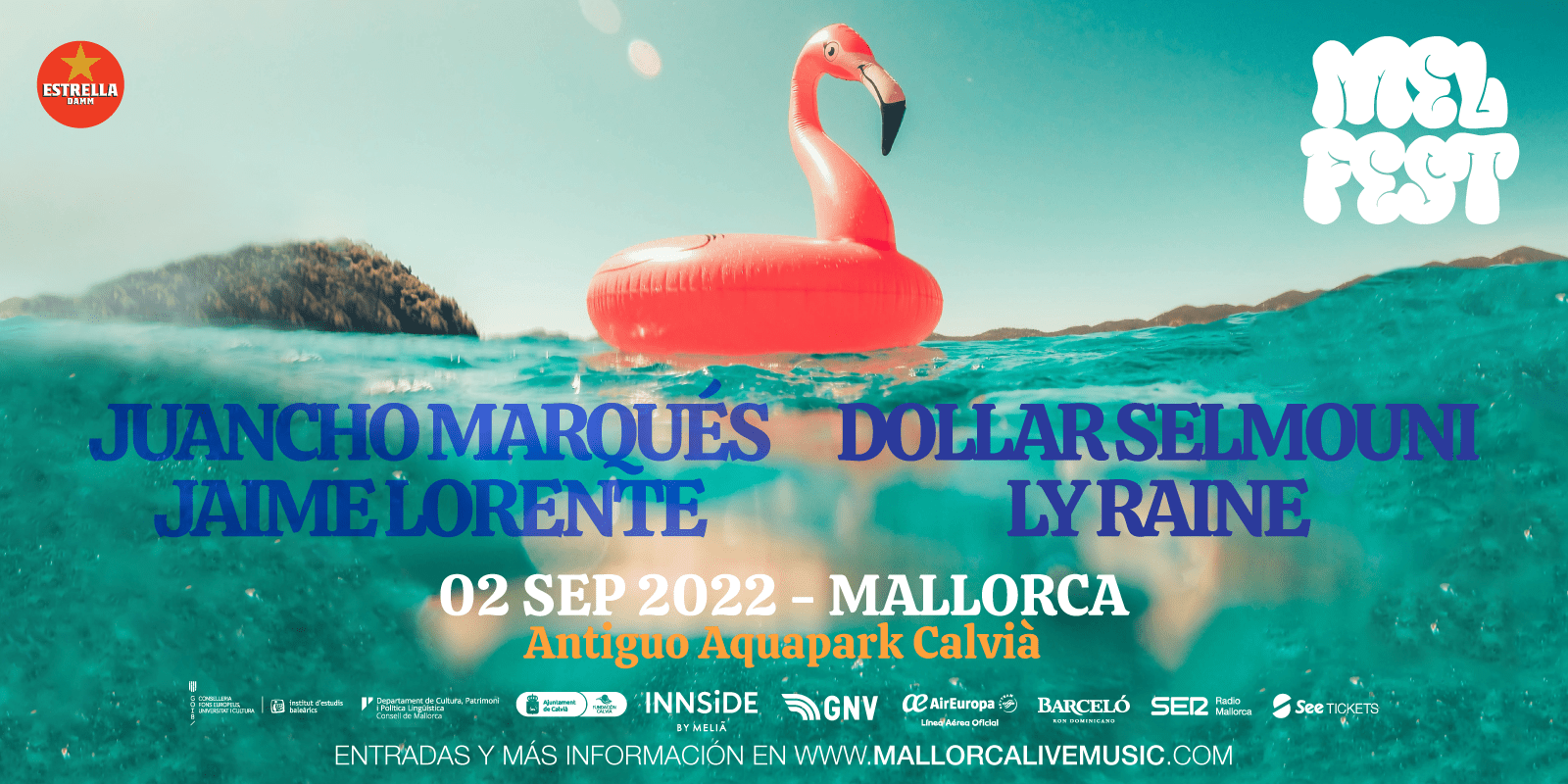 A new party arrives on the island: MEL FEST. This summer we are going to mess it up at the Old Calvià Aquapark with four of the most amazing artists of the moment.

There is no question: Juancho Marqués is one of the most influential names in national hip-hop. Since his beginnings with Suite Soprano and as a solo artist since 2016, the Sevillian has been proving to have an inimitable style for more than 10 years, daring to explore different sounds, including electronic music and pop.

We think of Jaime Lorente and we see Denver from La Casa de Papel, but the actor is betting everything on his other passion, music, and at Mel Fest he will show his night owl side showcasing his first EP, La Noche .

If we have to talk about a local idol, that is Dollar Selmouni. The record-shaped war cry Los Niños (2019), his acting debut in the film Hasta el cielo (2020) and his latest album, Dollar Selmouni (2021) finished consolidating the Mallorcan as one of the most unique artists from the country.

Valencian freestyler Ly Raine is managing to take rap and street music beyond the suburbs with songs full of melancholy and existentialism. ‘Madrid’ and ‘Star’ are some of the latest examples of an artist who does not feel tied to any specific genre.