The king of salsa is coming to the island this summer. Marc Anthony [enlace landing artista], will perform on June 27 at the Mallorca Live Festival site, Calvià’s Old Aquapark, in what will be his first concert in the Balearic Islands, in collaboration with INNSiDE by Meliá. Tickets for the concert will be on sale next Tuesday, April 5 at 10am at www.mallorcalivemusic.com/conciertos, See Tickets and El Corte Inglés stores. With each ticket, one euro will go to the “Maestro Cares” foundation, a non-profit organization created by Marc Anthony to offer assistance to orphaned and disadvantaged children in Latin America. 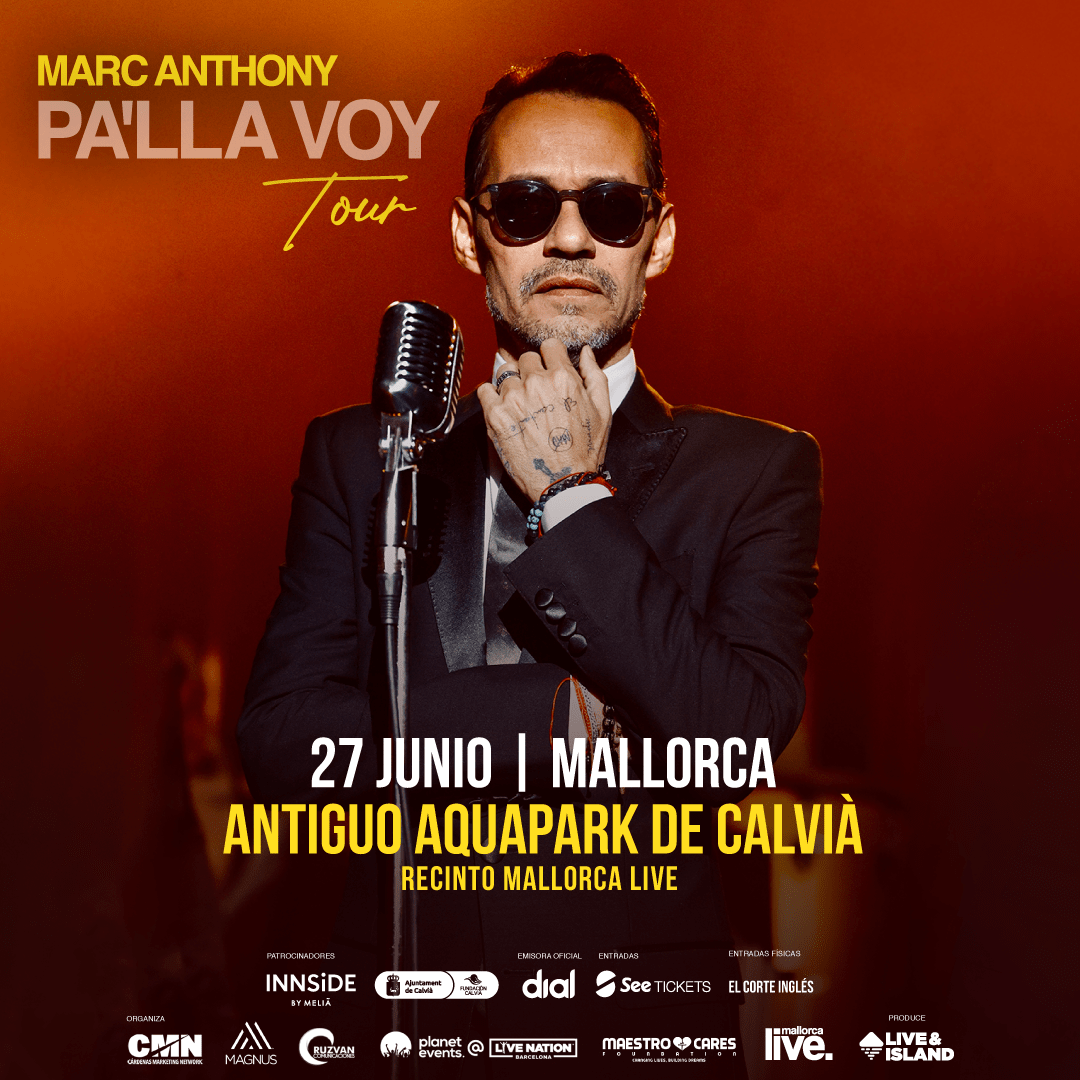 The tour, initially announced in 2020 as “Opus Tour”, later as “World Tour”, and which later had to be postponed, changes to “Pa’lla voy Tour”, title of his latest release.

It marks 29 years since Marc’s solo debut in January 1993, Otra Nota, a collaboration with producer Sergio George which transformed the sound of salsa forever. Now, with PA’LLA VOY, the two creators give us a refreshing album that is both innovative and commercial.

After selling out venues in North America, Marc Anthony will visit Spain with a tour that will take him to stadiums and large venues in a dozen Spanish cities this year. In Mallorca we will enjoy his well-deserved celebration and his great repertoire, which will include his new songs as well as those we have danced and sung the most, such as ‘Valió la pena’ or ‘Vivir mi vida’.