Natalia Lacunza will bring her acoustic set to Peguera in January

Singer and songwriter Natalia Lacunza, known for being a finalist in the music reality show Operación Triunfo 2018, lands at the Peguera Auditorium on January 16 as part of her A otro lado tour to meet up with her fans and give an intimate acoustic concert. Tickets (15€) are now on sale at Notikumi and Cultura Calvià, 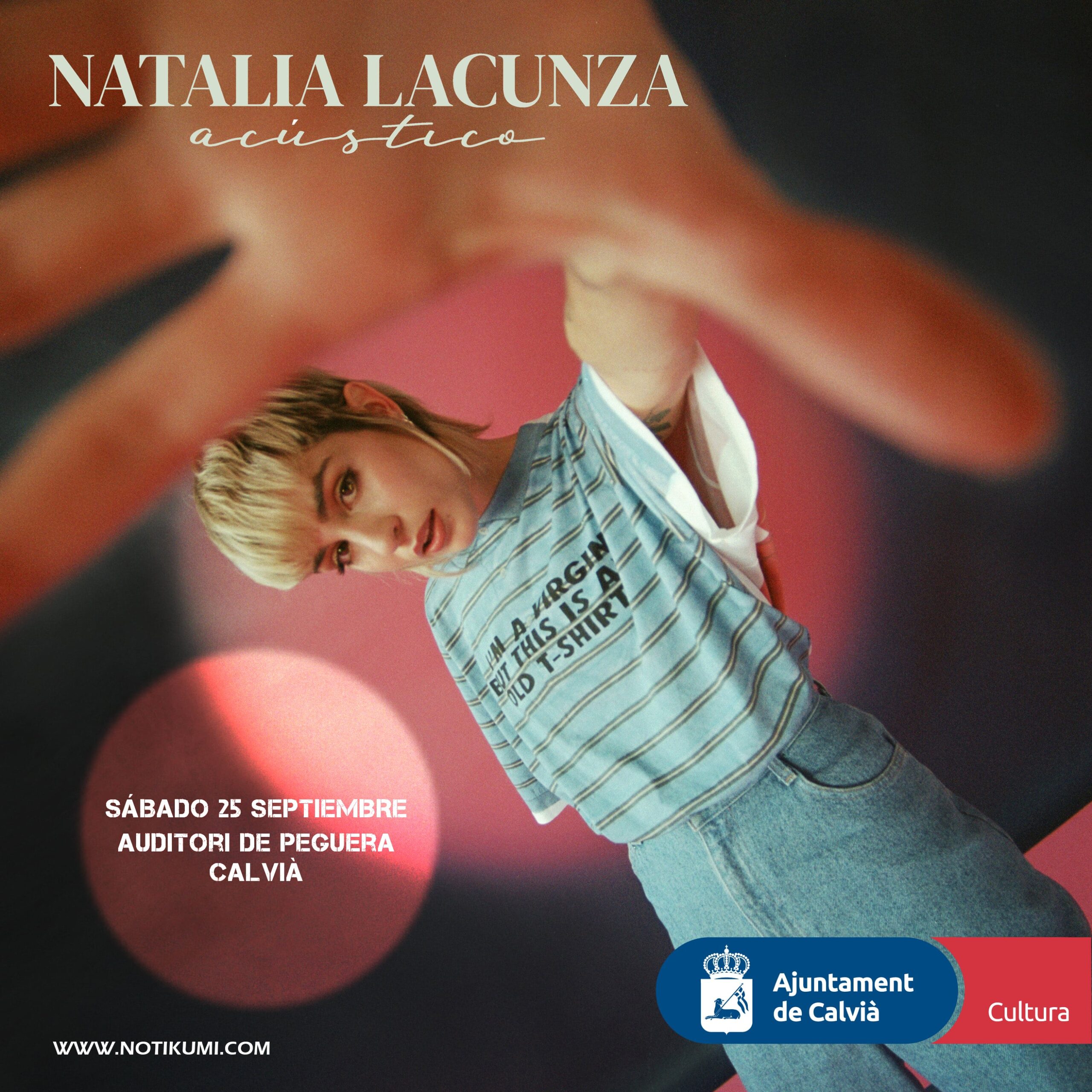 A few months after the end of Operación Triunfo, Natalia made her debut with the single ‘Don’t ask’, trending in a matter of hours. Finally, in June 2019, she released her single ‘Nana Triste’ along with her debut EP Otras Alas and she became the breakthrough artist of the year. Despite her short career, she is currently emerging as one of the new stars of the pop scene in Spanish with songs like ‘Olvídate de mí’ and ‘Sensación de vivir’.

Over the last two years, her music has been surrounded by influences ranging from bedroompop to RnB, or Soul, not forgetting about a marked pop vocation: from introducing herself to society with the success of ‘Nana Triste’ –a song she showcased in front of Guitarricadelafuente’s big audience– to finishing 2019 with Ep 2, a collection of more minimalist songs where she collaborated with artists such as Mori or Bronquio. And the fact is that if something has helped to build her own style and personality, it is her constant search for talent: from Sen Senra to Marem Ladson, through the phenomenon of Guitarricadelafuente. Perhaps Natalia Lacunza is also the most important A&R of her generation.