Our lineup grows considerably with a new round of confirmed headliners like Franz Ferdinand, Justice and Metronomy. We remain faithful to our eclecticism with a total of 35 names amongst the most relevant acts right now, alternating genres and origins, both national and international, and continuing to bet on the local Majorcan music scene. 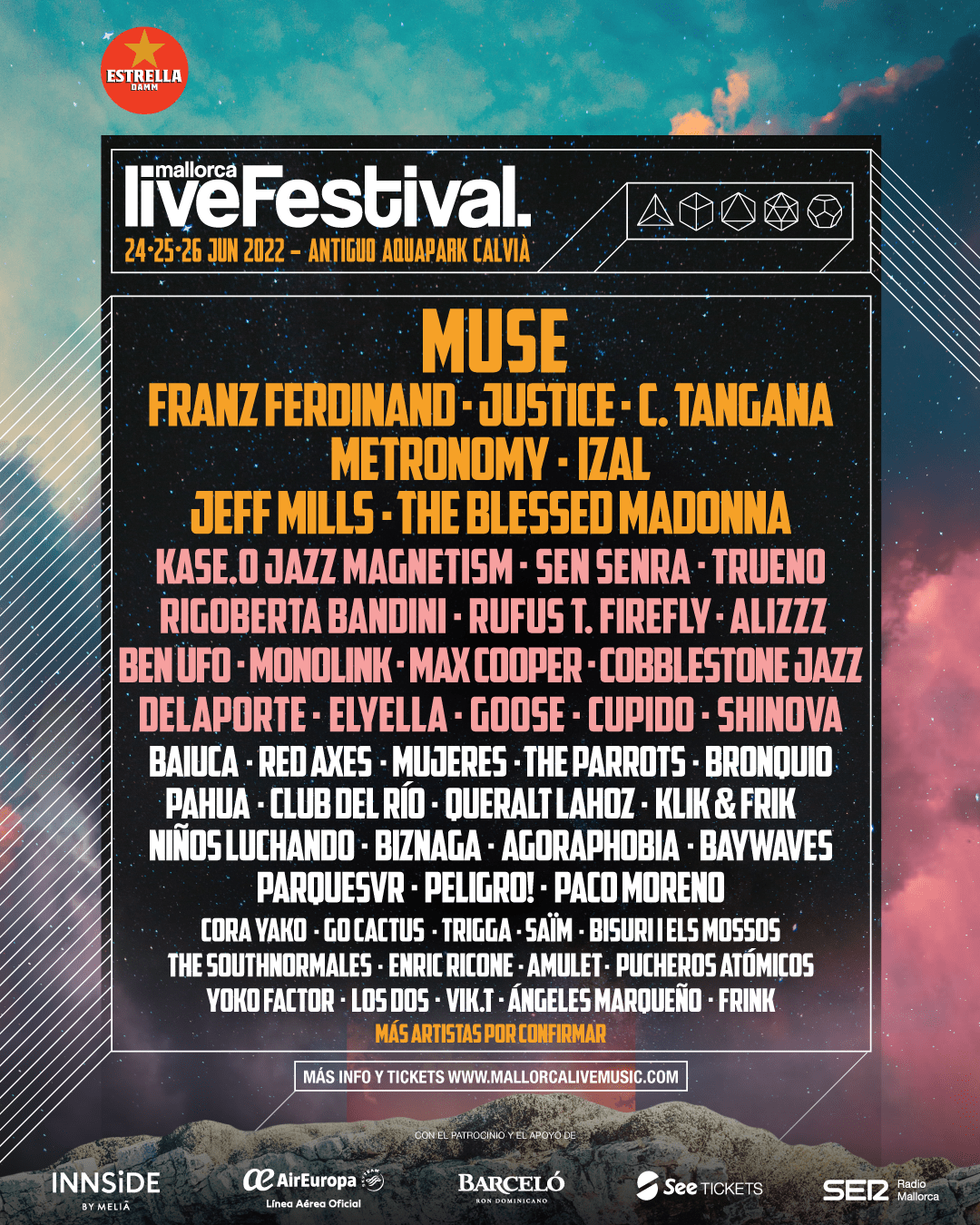 Franz Ferdinand will perform at our festival, the only one confirmed to date in Spain by the Scottish band. They will bring a new line-up and a show that’s part of their Hits To The Head Tour, which will include such legendary songs as “Take Me Out”, “Do You Want To” or “This Fire”.

Justice, the Parisian duo formed by Gaspar Augé and Xavier de Rosnay, is one of the most anticipated names by festival fans. Known for combining electronic music with the most danceable rock, with their live set we will experience one of the most memorable moments in what will be their first performance in Majorca.

Metronomy, one of the most respected bands on the international music scene, will visit the island for the first time with Small World, their seventh album, which they will release in February 2022. The Belgians Goose  promise to make us dance with their electro-rock, as they already proved they can do with their legendary shows at festivals like Tomorrowland 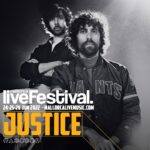 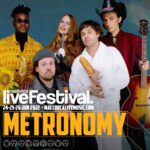 We heavily get behind electronic music and confirm the presence of “The Wizard” Jeff Mills, one of the most renowned Detroit techno DJs, and The Blessed Madonna, one of the most sought-after artists of the planet.

In addition, some of the most important DJs right now will make us dance all night as they join the Mallorca Live Festival line-up:: Ben Ufo, Monolink, Max Cooper, Cobblestone Jazz and Red Axes. 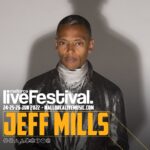 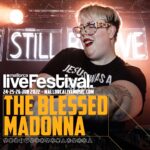 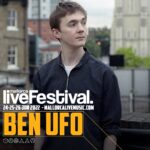 Our line-up could not miss out on some of the most interesting proposals of the Iberian Peninsula’s music scene: from the futuristic pop of Sen Senra and Delaporte, to the unique style of Rigoberta Bandini, through the 70s psychedelia of Rufus T. Firefly, the urban pop of Alizzz and Cupido, the indie flavour of Shinova and Elyella

We stay true to our eclecticism and we will also see live artists as diverse as Baiuca, Mujeres, The Parrots, Bronquio, Club del Río, Niños Luchando, Biznaga, Agoraphobia, Baywaves, Parquesvr or Paco Moreno.

Some of the most avant-garde acts from Latin America will also be present: Argentine rapper Trueno , the alternative electronic folk of Mexican Pahua or Argentine electronic duo Klik & Frik, a reincarnation of their previous project Frikstailers.

To finish off these new additions, we will have the most renowned DJs on the islands: The Southnormales, Enric Ricone, Los Dos, Vik.T, Ángeles Marqueño and Frink.